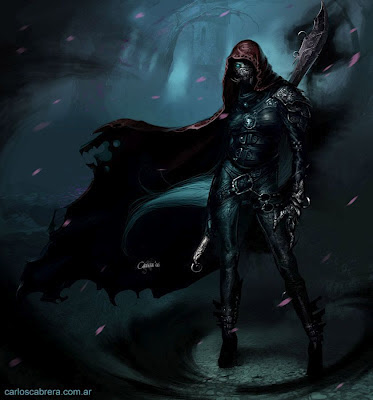 The Death Cult Assassin is what the Emperor would call a necessary evil. Walking the boarder line of heretic with obsession. The highly trained girls are not what you would want to run into while strolling through a dark alley. What do we know about the Death Cult though? If we refer directly to GW's website we are greeted with the comment "undefined" LINK Clearly one of the more secretive groups if even the game's creator is unable to provide public information.. However the Codex tells us the background.


"While many of these cults serve Khorne the Blood God, others are extreme sects of the Imperial Cult and fanatically loyal to the Emperor of Mankind. As the Emperor sacrifices himself for mankind's continued survival, these cults in return slay the enemies of Emperor, offering them as sacrifices. Death cult assassins are often utilised by the Inquisition, the assassins' skill in the arts of killing making them excellent executioners and infiltrators. They employ exotic ritual weapons for their work: stilettos and blades backed by digi-weapons and needlers."

The entry goes on to talk about the Art of the blade as well as ritual murder basically being sacred things to them. They use exotic weapons to include cross shaped knives, or blades made from the bones of the faithful. Several of them are cannibals purified by consuming the flesh and blood of the slain enemy absorbing strength and part of the fallen's very soul. Often times these girls are known to take blood from the dead to one day pilgrimage and offer these gifts in person to the golden throne. 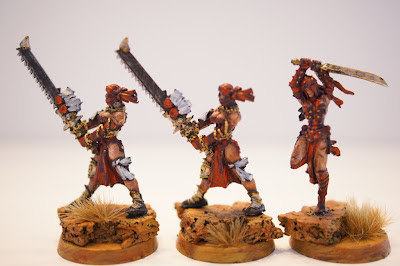 The models I used as DCA are a mix of the actual models and Sister's Repentia models. I had the models sitting on a shelf for some time and finally had a excuse to paint them up.. I used a layered skin tone to get a realistic contrast the trick is finding the right shade that looks good with the red clothing. 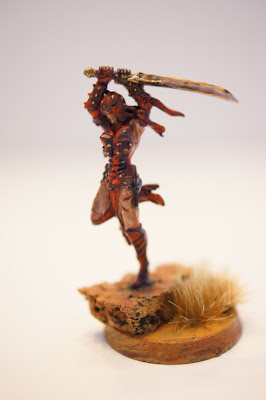 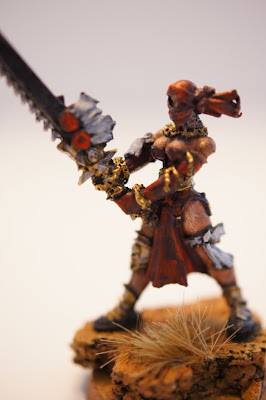 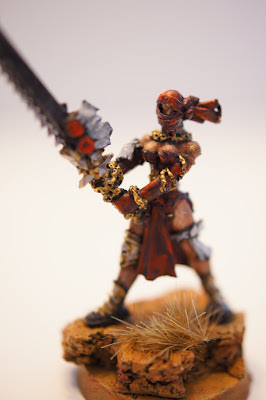 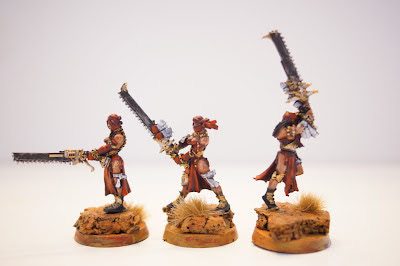 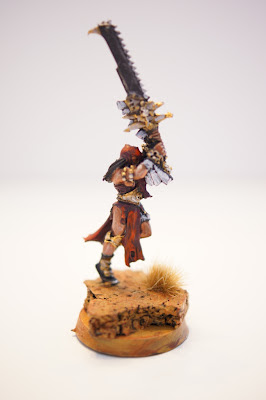 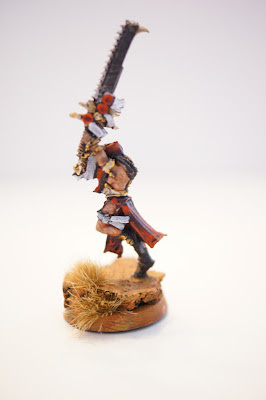 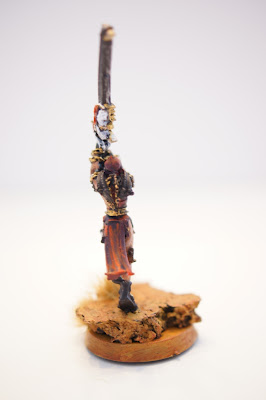 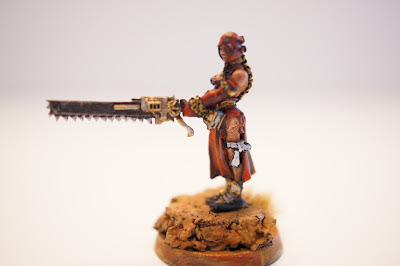 I have at least 6 more of these almost complete, but sadly with the rules change I most likely won't be rushing to finish the models. As they won't be seeing much table top play when you combine the AP rules changes to power weapons, and the change to assault after being in transports. These will collect dust on my shelf most likely which is sad these had been really fun to paint.

Posted by Drkmorals at 5:14 AM 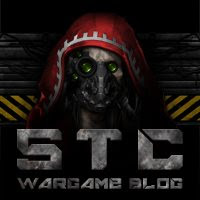 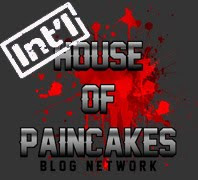 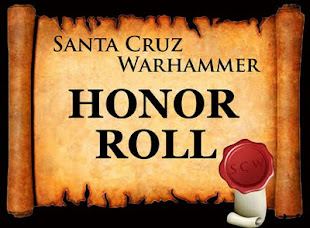